A man has angered members of the LGBTQ community after he revealed that no one is born gay and there is nothing like “gay gene”.

@denyyourflesh tweeted: “Jesus brought me out of homosexuality. There is no gay gene, and gays being born that way is only half true, as EVERYONE is born into sin and iniquity.Don’t let this world cheat you out of the free gift of salvation Christ died for.Jesus is the only love that’s true. #PrideMonth.” 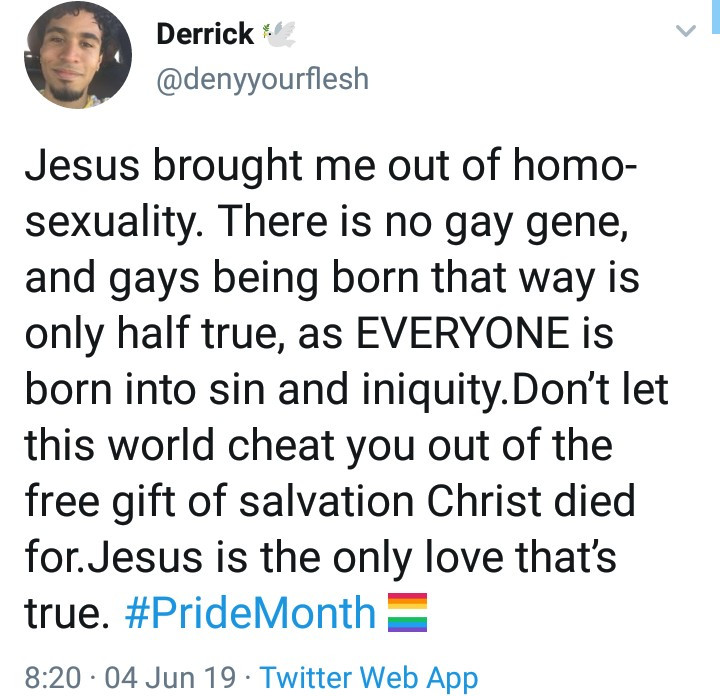 When asked how he encountered Jesus, he replied: “It’s a really intense story, but I used to practice witchcraft as well, and eventually all of my sins led me to death’s door and I didn’t like what I see so I called on Jesus to rescue me.” 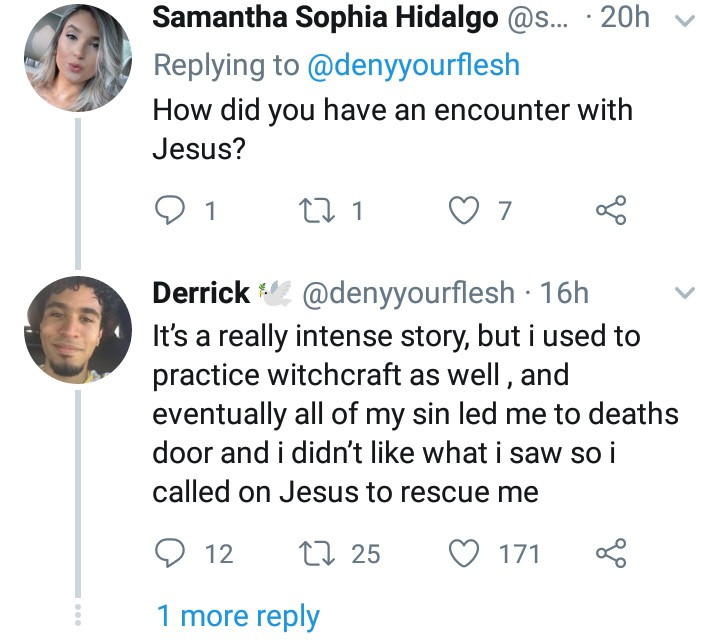 His tweets were praised by a number of Twitter users but members of the LGBTQ community criticized him for trying to undermine their struggles.

See some tweets below. 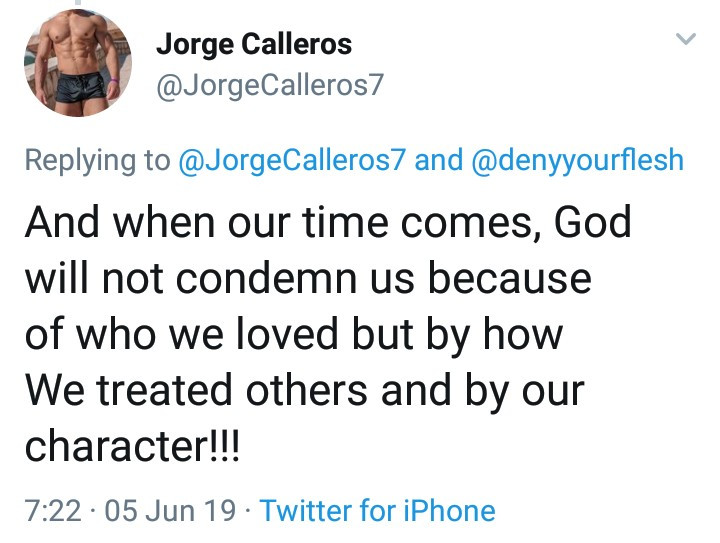